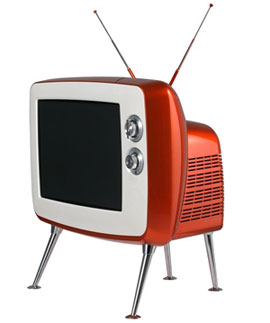 It’s a tongue-twister as well as a head-twister, but just like mobiles got too small, it seems TVs are getting too thin. It makes sense: once the screen is down to an inch, who cares if they shave off another few millimetres? At least not if we have to pay extra for it.

This seems to be the driving force between a new trend, reported by AU Optronics, the Taiwanese flat-pack maker that’s the fourth-biggest in the world. According to the FT, AU vice president Paul Peng said on Tuesday he was noticing customers deliberately going for fatter TVs to sell more cheaply in emerging markets. AU’s customers include Sony and Panasonic, to name some.

The sales of TVs is not holding up well in current climes, meaning manufacturers are starting to look elsewhere for growth, such as to emerging markets. Hence the “fat” screens – although it should be noted that this means a screen of just 4 centimetres, fat only in comparison to the current standard that is 1 centimetre.

“In order to make televisions that are thin and light, you have to follow very rigorous specifications [for all the parts],” said Peng. Freed of such design restrictions, “by next year you could see ‘fat’ flatscreen televisions sell for almost the same price as [old cathode] televisions.”

A cathode ray TV is those old ones with a big box at the back, which you can’t really buy in the UK anymore. This means anyone who wants a TV has no choice but to shell out on a flatscreen, something that seems odd, if you think about it. Consider all those mini-TVs in all those halls of residence back in the day, bought at Argos for less than £40. So we’re thinking there’s a gap in the market over here for some fat’n cheap TVs too.