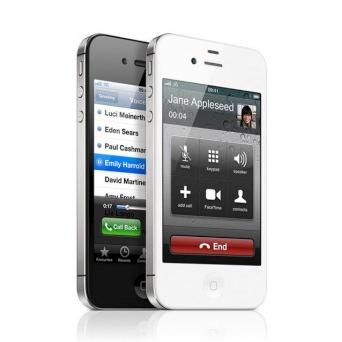 Apple shares dropped more than four percent last night following the company’s unveiling of the iPhone 4S, an updated iPhone 4 rather than the brand new iPhone 5 many had hoped for.

“It’s a pleasure to host you today. I love Apple. I consider it a privilege of a lifetime to have worked here for almost 14 years and I am very excited about this new role,” said new Apple CEO Tim Cook at the Cupertino media showcase before firing away with Apple’s new goodies.

However, investors were less excited by the incremental improvements brought with the iPhone 4S, which included a new 8MP camera sensor, speedy A5 processor, better signalling and a voice activated control system called Siri. Shares soon tumbled when it became apparent the iPhone 5 would not be making an appearance.

Also not in attendance was former Apple head Steve Jobs, leading to further speculation about his health, and likely also causing a few murmurs on the Stock Exchange.

Click here for more info on the iPhone 4S.