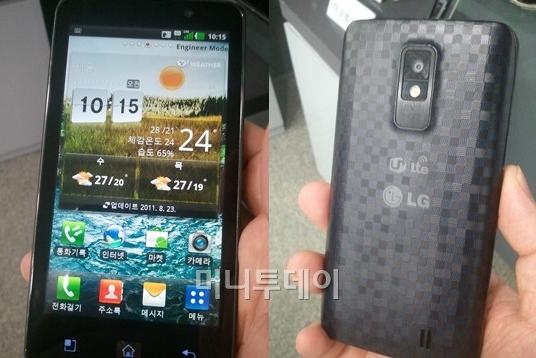 LG are making the jump to mobile-data-lightspeed with their latest handset, the LG Optimus LTE, caught in the wild touting 4G connectivity.

The LG LU6200, to give the handset its official product code, will be the new LG flagship handset by all accounts. Alongside the faster mobile browsing speeds, the LTE will also feature the most powerful dual-core processor LG have yet popped into a phone, as well as a 4.5inch AH-IPS LCD display with a resolution of 1280×720, an 8MP camera and 1830mAh battery.

Gamers will be happy to hear that the king of arcade brawlers, Street Fighter IV, will also come as a pre-loaded app on the handset.

No word on a Western release yet, but the LG Optimus LTE is expected to hit Korea’s U+ network shortly.