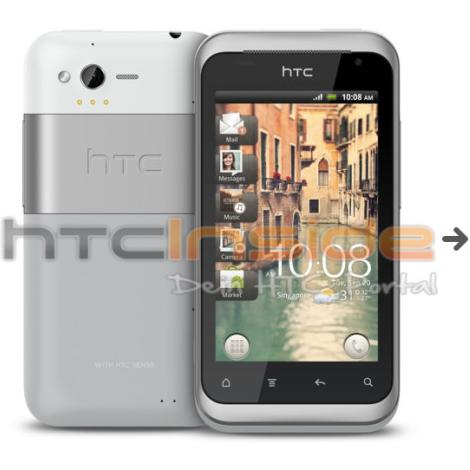 Another day, another HTC handset leak. Today’s escape artist is the HTC Rhyme, AKA the HTC Bliss, the smartphone aimed at ladies which thankfully now sports a less patronising title.

Not much to go on here, specs wise other than that it’s another Android blower that appears to be running the latest version of HTC’s Sense UI, 3.5.

It’s confirmed that the phone will arrive in a shade of silver, but the lack of a Beats Audio logo on the rear (as HTC are now want to do after their recent acquistion of Dr Dre’s sound tech) suggests it won’t be present in the HTC Rhyme.

The leak follows two other pieces of HTC-related news this week; the official unvieling of the HTC Sensation XE, and another leak in the shape of the HTC Runnymeade.

HTC have a big launch event planned for the 20th September in New York. Undoubtedly we’ll hear more on the handsets then.

Via: This Is My Next