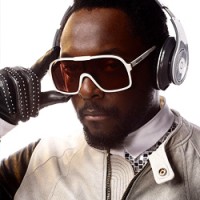 The Google+ social network is now open to all netizens. Launching roughly three months ago on an invite-only basis, Google’s Facebook rival managed to attract 25 million users in a very short space of time.

To mark the fact that all members of the public will now have access to the network, Google have invited the Black Eyed Peas’ will.i.am to take part in a live “Hangout On Air”, Google’s new public broadcasting feature on the site. will.i.am’s appearance will take place later today on September 21st.

As well as the new Hangout on Air feature, Google will be rolling out a slew of new tweaks for the network as it goes truly public. Android users running version 2.3 or above now get a mobile Hangout option, with Hangouts now having the option to include sketches, screenshots and Google Docs, as well as naming the Hangout to specifiy its purpose. iOS compatibility for iPhone and iPad users is also promised for the near future.

One thought on “Google+ now opens its doors to all, will.i.am pops over for a Hangout”