Football. It’s a beautiful game, and each year EA Sport’s FIFA footie titles edge a little closer to perfection. From screaming 30-yard shots to darting runs down the wing, new physics technology and player weighting systems make this year’s FIFA 12 the most realistic football game out there.

But it’s not all just about zonal marking and carefully considered possession-boosting tactics. It’s also about mugging your friends off with silky skills that would make even Pelé blush. From Bergkamp Flicks to Elastico Chops, there are plenty of ways to dupe defenders and leave egg on the face of your opponents.

Read on for instructions on how to pull off all the new tricks in FIFA 12. Sadly, we’re still waiting for the infamous “Zidane Headbutt” to feature. Get it in FIFA 13, EA! 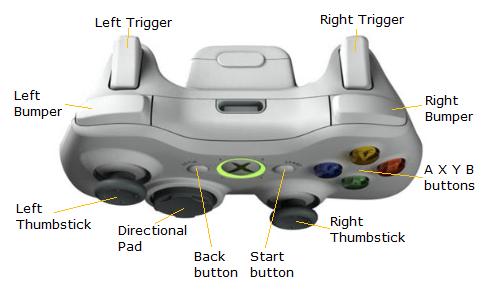 A high speed heel flick, this is great way to wrong foot a defender and cut inside from a wide position to get a better angle on goal.

Hold LT and flick the Right Stick backwards, then left or right depending on the direction you aim to head towards. Must be standing and jogging to work.

Not one to really use in the heat of a tense online extra time session, the Reverse Toe Bounce is best reserved for a bit of arena showboating.

Hold LT and hold the Right Stick to the left. Must be done whilst ball juggling.

A really difficult one this, as it relies on very specific positioning in terms not only of your player, but the defender (or defenders) you are trying to pass, and also the flight of the ball. As made famous by Dennis Bergkamp in his Arsenal days, pull it off and you’ll flick the ball with the inside of your foot low around the defence.

Flick Right Stick back when the ball is near you in the air, with your opponent directly behind you.

A quick 90 degree turn, this move is a great way to turn through a defender that has you bunched up in a corner.

Hold X, and keeping X held down, press A and push the Left Stick right or left depending on where you want to turn. Must be standing and jogging slowly.

More flamboyant than the Scoop Turn 90, the Scoop Turn 180 is a Ronaldhino favourite. It’s a great way to take on two defenders who are pressing at you, sliding the ball between the two. Great for a cheeky nutmeg too.

Hold X, and keeping X held down, press A and push the Left Stick backwards. Must be standing and jogging slowly.

Another one best suited to showing off your juggling skills in the arena, LATW sees you spin your feet around the ball in mid-air before catching it at ground level.

Hold LT and quickly spin the right stick clockwise twice. Must be done whilst ball juggling.

The new ball physics make pulling off tricks a little more unpredictable than in previous FIFA titles. The ball will bounce more naturally rather than sticking to your player, and as a result, may land randomly making moves a little harder to successfully pull off. But persevere! Pulling off these tricks won’t only make you look like a Messi in the making, but will be invaluable when taking on the top players online.