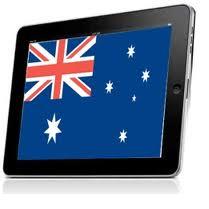 What’s that Skippy? Apple and Samsung are fighting it out in the courtrooms again? This time in Australia?? Crikey!

You don’t need to be a hyper-intelligent kangaroo to keep track of the ongoing saga of lawsuit and countersuit currently being played out between electronics giants Apple and Samsung, but it’d probably help.

The latest turn is playing out in the land down under, where Samsung are hitting Apple with a countersuit claiming that both the iPhone and iPad 2 “violate a number of wireless technology patents held by Samsung.”

Samsung’s attack has arrived just before the expected decision date for whether or not the Galaxy Tab 10.1 can be legally sold in Australia. Apple recently succeeded in getting Samsung’s flaghship tablet pulled from shelves (and the IFA 2011 show floor) in Germany.