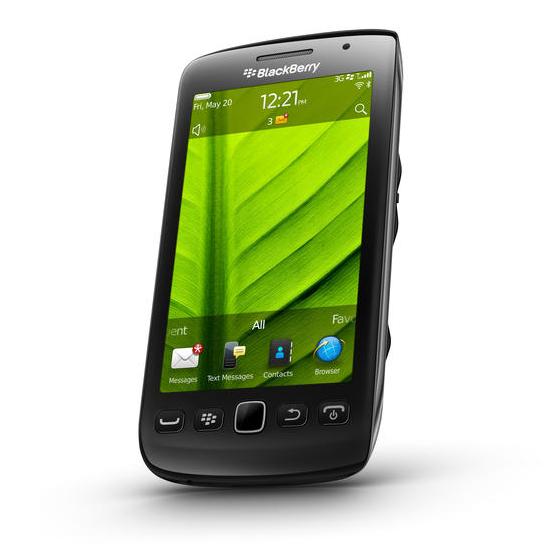 Alongside the launch of the QWERTY/touch combo that is the Torch 9810, RIM have today also revealed the touch-only BlackBerry Torch 9860.

Ditching the keyboards that BlackBerry are famous for, the Torch 9860 has the same 1.2GHz processor seen in the Torch 9810, but sports the largest capacitive touchscreen ever to grace a BlackBerry handset at 3.6 inches.

It’s also one of the thinnest smartphones RIM have ever put out, measuring just 11.5mm at its thinnest point.

RAM weighs in at 768MB, while 4GB of internal storage space comes as standard, expandable via microSD cards to a limit of 32GB.

Wi-Fi, GPS, an accelerometer, digital compass and HSPA+ connectivity all feature, while the OS will be the latest BlackBerry OS 7 version of RIM’s smartphone software.

Due out later this month, Vodafone have confirmed that they will be carrying the phone.