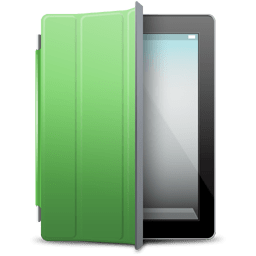 “The iPad 2 is capable of console-quality gaming”.

It’s a claim we see bandied about quite liberally, especially in relation to impressive iOS gaming apps like Infinity Blade.

But just how accurate is that claim? Well according to Id Software’s John Carmack (the influential graphics programmer from the studio behind Doom 3 and RAGE, among other graphical-groundbreakers) Apple’s tablet is about half as powerful as the Xbox 360 or PS3:

We have an embarrassment of riches when it comes to mobile development. We have more power than you can afford to take advantage of. We can afford to put all of this optimization effort into the consoles because we know that we’re going to make tens of millions of dollars by doing all of this, and while there are a few iOS apps that have made money like that, you don’t go into making an iOS app expecting to make tens of millions of dollars, and you also wouldn’t want to spend the extra year hyper-optimizing things.

But they are so powerful already that you don’t need to, and that’s obviously going to be getting much better still, where you’ve got the quad-core CPUs and the crazy graphics hardware. There’s been incorrect hyperbole about the power of these devices, where people are saying that they have console-level performance. The iPad 2 has about half the performance power, and that’s a ballpark estimate. But that does mean that mobile devices coming out, certainly next year, will be flat out more powerful, and they’ll probably be powerful enough where you don’t even need the hyper-optimizing, that you could do a fairly easy port-over of your technology and assets. The biggest issue is going to be total distribution and storage space.

Half as powerful now isn’t too shabby, but even more powerful than consoles by next year? Sony and Microsoft must be quaking in their boots.

For the full interview with John Carmack, head over to Tom’s Hardware.