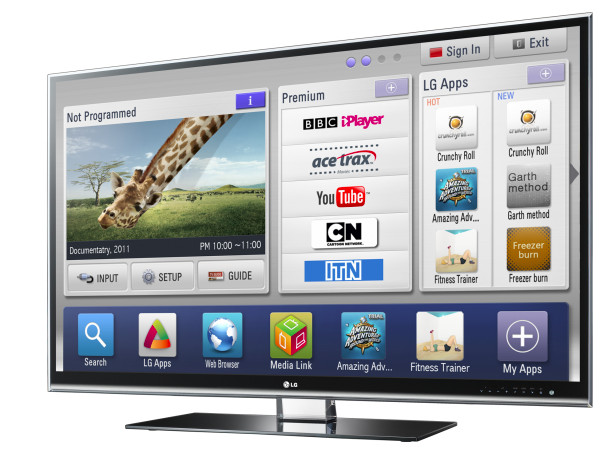 We haven’t seen all of LG’s IFA 2010 TV range hit stores yet, but they’re already leading the way at this year’s show in Berlin when it comes to TVs with the announcement of the LW980T Cinema 3D TV.

Available in 47 inch or 55 inch screen sizes, it uses the company’s preferred passive 3D technology, shipping with seven pairs of passive 3D glasses. That passive display is also brighter, slimmer, clearer and with a smoother picture than the 2010 LX990 flagship thanks to new NANO Full LED tech in the panel, allowing it to be just 27.5mm thick.

As is the current TV trend, there’s a whole host of Smart TV funtions in there too, including apps for Twitter, Facebook and the BBC iPlayer.

LG are billing the set as “the ultimate TV and entertainment hub for the entire family,” and if paired with the recently revealed HX906TX 3D 9.1 speaker system, matbe that’s not such a grand claim after all.

We’ll keep you posted on pricing and release schedules as these screens land.