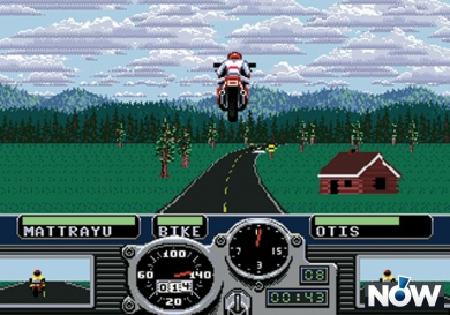 And, according to a few hint at this years Gamescom conference in Cologne, that may be just what we’re getting.

“We do have a couple of old franchises that we’re looking at right now… reimagining them and bringing them back,” said former EA games boss Frank Gibeau.

“We’ve got 25 years of good IPs and I’ve worked on a few of them in my career like Road Rash and the Strike series. So I have a strong affinity for a lot of the things we’ve done in the past.

“We kind of have a rule which is you’ve got to have a really good reason to bring something back – What can you do to it that makes it fresh and brings something new to the equation of the franchise?

“But when we look at Road Rash, the Strike series or some of these other franchises we really challenge ourselves. We can’t just put them on new tech with the same gameplay from ten years ago, we’ve got to have something new. That’s the typical challenge that we have.”

Though nothing is confirmed at this moment, it’s great to hear EA considering bringing back these two classic franchises. The Strike chopper games were the coolest war sims of the 16-bit era, and Road Rash’s hardcore weaponry like truncheons and chains make Mario Kart’s shells and bananas look very quaint. Here’s hoping they go down the console route rather than straight iOS ports of the originals.

Having said that, was I the only person who found all of the Strike games really, really bloody hard?

One thought on “GAMESCOM 2011: EA hint at Desert Strike and Road Rash reboots: MAKE IT SO”