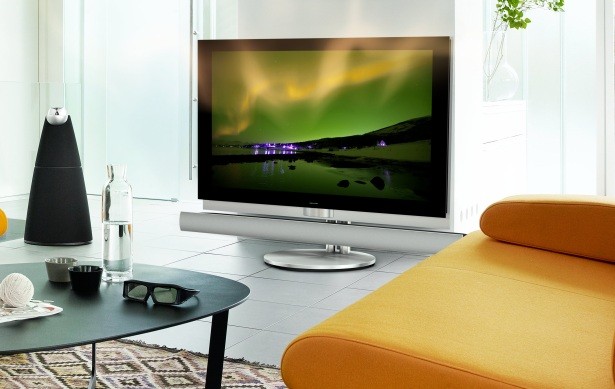 Have more money than you know what to do with and are looking for a TV straight out of an episode of The Jetsons? Then we’ve got just the telly – the Bang & Olufsen the BeoVision 7-55.

Adding a built-in Blu-ray player and active 3D to the 55 inch flagship model, the BeoVision 7-55 gets added “wow-factor” points for its motorised stand which lifts and lowers the massive panel, as well as hiding a built-in surround sound technology that adapts and tunes its sound dependant on the acoustics of your living room.

“At the same time, more and more TV channels – in particular sports channels – are beginning to broadcast for example important football matches from Premier League in 3D. However, the quality of the 2D experience is just as important because it is still what our customers will use the most.”

No pricing revealed just yet, but knowing Bang & Olufsen, if you have to ask, you probably can’t afford it.