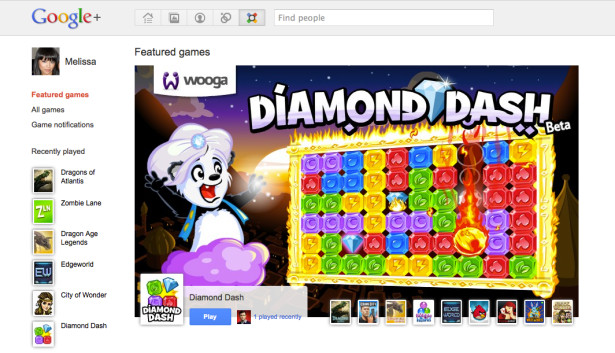 Casual, social netowrk gaming is spreading its wings from the Facebook fold today, following an announcement from Google that will see their Google+ add gaming integration in the coming weeks.

16 games will initially roll out to all Google+ users. While this may not sound like a lot in comparison to the masses available through Facebook, it includes some casual heavy-hitters such as Angry Birds, Bejeweled Blitz, and Zynga Poker.

“Today we’re adding games to Google+,” said Vic Gundotra, Google’s SVP of engineering. “With the Google+ project, we want to bring the nuance and richness of real-life sharing to the web. But sharing is about more than just conversations.

“The experiences we have together are just as important to our relationships. We want to make playing games online just as fun, and just as meaningful, as playing in real life.

“That means giving you control over when you see games, how you play them and with whom you share your experiences. Games in Google+ are there when you want them and gone when you don’t.”

Google Games will roll out gradually to the social networks 25 million+ users, but is promised to be available to all users very soon.