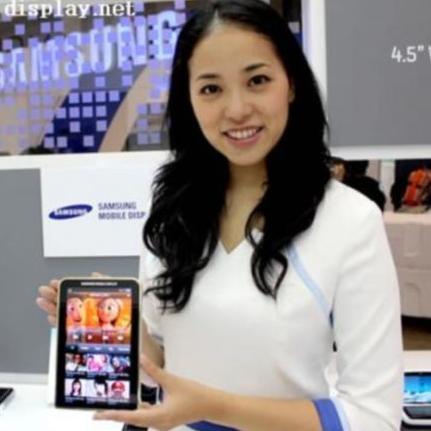 Samsung are rumoured to be re-entering the tablet/smartphone no-mans land with a souped up 7-inch version of their popular Samsung Galaxy Tab Android slate.

The pint-sized tablet would feature the same sort of AMOLED style displays as seen in Samsung’s Galaxy S II handsets, with the company displaying prototype seven-inch versions back in March.

Honeycomb would be the build of Android set for inclusion, with again the same 1.2GHz dual core processor seen in the Galaxy S2, along with 1GB of RAM. Camera’s would be of the 3MP rear and 2MP front variety.

With some sources saying the device may be revealed in as little as a month’s time (making an IFA debut likely) Samsung are distancing themselves from the rumours slightly:

“Some media have been reporting that Samsung is preparing to launch nine new smartphones and two new tablet devices. While Samsung is continuously working on new devices for our customers, the details being cited are not accurate in this case.

“We appreciate the interest in our upcoming mobile devices and will share more information once it’s available.”

Still, it’s not an out-and-out dismissal of the rumours, so who knows? We’ll keep you posted with any stone-cold facts if they arrive.