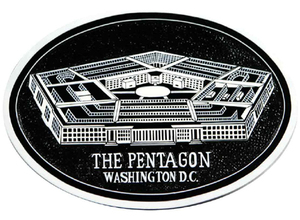 Hackers have hit some pretty high-profile targets in the last few months, but perhaps none more worrying than the beating heart of the USA’s national defenses, the Pentagon.

Deputy Defebse Secretary William Lynn revealed yesterday that the Pentagon suffered one of the worst cyber attacks in its history this March, with 24,000 sensitive files compromised.

This is nothing new for the Pentagon. Lynn revealed that many defense areas have been infiltrated by hackers over the years including “our most sensitive systems, such asaircraft avionics, surveillance technologies, satellite communications systems and network security protocols.”

“The cyber exploitation being perpetrated against the defense industry cuts across a wide swath of crucial military hardware,” said Lynn.

“Current countermeasures have not stopped this outflow of sensitive information. We need to do more to guard our digital storehouses of design innovation.”

As such, the Pentagon are now working with a “handful” of defense companies to strengthen their cyber security flaws. Lynn revealed that “terrabytes” of information have been stolen by hackers over the years.

It is not yet known whether this most recent attack on the Pentagon was funded by an foreign government or independent criminal hackers.