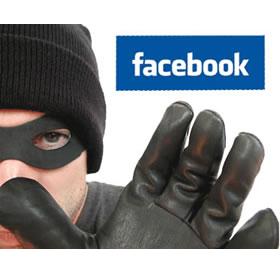 While we’ve never been all that convinced that leaving your lights on while you go on holiday is the best deterrent against burglars (who needs an expensive energy bill right after shelling out for an exotic week-long break, eh?), we’ve decided it’s no crazier than the latest venture from Precreate Solutions.

They’re offering a “social networking concierge” service, manning your Facebook and Twitter accounts while you’re on holiday, shooting off prosaic updates in an attempt to fool burglars into thinking you’ve never left your house at all.

Director Gary Jackson came up with the idea after hearing about a growing trend for burglars to spy on Facebook accounts for potential break-in targets.

“Putting up a Facebook posting of photographs on a beach to 300-400 ‘friends’ is like leaving an advert on your door to a burglar telling him when you will be out. We are now going to run clients’ social media while they are away to give an appearance that there is still a presence at their homes and business premises,” said Jackson.

The service comes free as a part of Precreate Solutions’ other security offerings, who already have 40 members signed up.

It does seem a tad excessive though. With Facebook and Twitter’s privacy settings tight enough to restrict everyone but your mates from seeing your posts, surely delving into the privacy settings of each social network and adjusting them before going away should do the trick? That is of course unless your “friends” aren’t all that trustworthy to begin with…