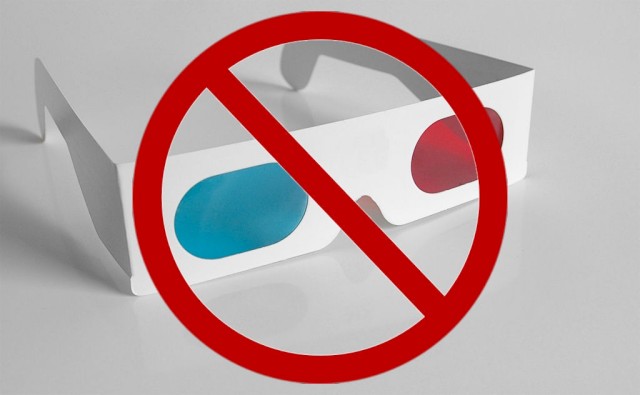 There are growing signs that the demand for 3D cinema screenings is slowing from US movie fans. Memorial Day weekend, one of the United States’ most lucrative movie-going holidays, showed that more and more cinema goers are opting for 2D screenings over 3D ones when given the option.

Memorial Day weekend saw the massive opening of Pirates of the Caribbean: On Stranger Tides, which managed to earn just 46% of its $90.2 million takings from 3D showings, the 54% majority coming from 2D screenings. That makes for the second-worst 3D opening for a film since November 2008, while Kung Fu Panda 2‘s 3D takings over Memorial Day weekend were equally shakey – making up just 45% of its $60.9 million opening.

It’s a drop so significant that Wall Street is shuffling nervously: RealD, the leading provider of 3D cinema tech, saw shares tumble 26% over the course of the last two weeks.

So has the novelty of 3D cinema worn off? Perhaps; whereas 3D flicks began as “event” cinema, with one or two special openings a month, they’re now being churned out on average at a rate of four a month. What with the premium slapped onto 3D screenings combined with the discomfort some cinema-goers experience when wearing the 3D glasses, it’s no wonder consumers are opting for the 2D versions.

Is this the end of Hollywood’s fixation with 3D? Unlikely, says Warner Brothers president of domestic distribution Dan Fellman: “I think it’s a bit of a glitch we’re going through at the moment. By the middle of August, I think we can really determine what the pattern is and if we need to make some adjustments.”

This summer has still yet to see the 3D releases of Green Lantern, Cars 2, Transformers: Dark of the Moon, Harry Potter and the Deathly Hallows: Part 2, Captain America: The First Avenger, The Smurfs, Final Destination 5, Glee Live 3D, Conan the Barbarian, Fright Night, and Spy Kids 4, so there’s plenty of time for 3D to do big business again this year.

The rest of the world has yet to see the 3D bubble burst too, with the massive Chinese and Russian cinema markets continuing to see growth in 3D showings. If that international trend continues, it’s unlikely that Hollywood will ditch the third-dimension anytime soon.