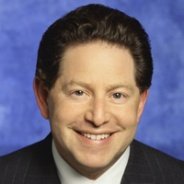 Activision Blizzard boss Bobby Kotick is said to be part of an investor consortium in talks with News Corporation about buying a controlling stake in the ailing MySpace social network.

The New York Post (itself owned by News Corp.) is reporting that Kotick’s group have reached “final talks”, but that at this stage there is no involvement with Activision Blizzard, the publishing house responsible for the massive gaming titles World of Warcraft and Call of Duty.

The terms fo the deal suggested would see News Corp. retain an equity stake in Myspace in the region of 20%.

Media mogul Rupert Murdoch brought MySpace into the News Corp. fold back in July 2005 for somewhere in the region of around £363 million. At that time it was one of the world’s leading social networks, but has seen its popularity drastically decline with the meteoric rise of Facebook, and growing influence of Twitter.

Though online music video giants Vevo had initially been linked with the sale of the social network, Kotick’s group appear closer to an acquisition than any other party since Murdoch hired hired investment bank Allen & Co to evaluate strategic options for MySpace back in March.

Though no Activision Blizzard involvement is yet announced in the deal, the massive user figures for World of Warcraft and Call of Duty could be leveraged to boost MySpace’s user numbers. The forth-coming Modern Warfare 3 from Activision itself introduces a social network of sorts called Call of Duty: Elite. Perhaps MySpace integration here could prove lucrative for both parties?