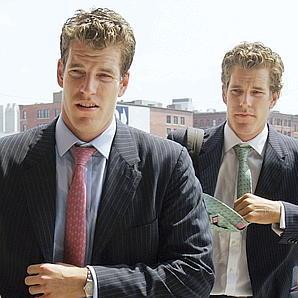 The Winklevoss twins have lost their appeal for a larger share of Facebook shares and profits after the US appeals court found their initial ruling to be adequate compensation.

First filing against Zuckerberg’s social empire in 2004, the twins claimed that the Facebook head-honcho stole both code and ideas from the pair before setting up his massively successful network. Thier initial court ruling saw them awarded $20 million in cash and $45 million worth of shares, the value of which has sky-rocketed over the past 7 years.

The courts however have effectively vetoed any plans for the Winklevoss twins to claim for more money from Zuckerberg, despite their feelings that they deserved more during the first round of court action. “Litigation must come to an end,” the 9th US Circuit Court of Appeals said: “The Winklevosses are not the first parties bested by a competitor who then seek to gain through litigation what they were unable to achieve in the marketplace.”

As you’d imagine, the Facebook legal team were pleased with the outcome. “We appreciate the 9th Circuit’s careful consideration of this case and are pleased the court has ruled in Facebook’s favor,” they said.

Don’t for a second think this will be the end of the Facebook legal saga however; the Winklevoss boys are already planning a a rehearing en banc so that a panel of 11 appeals court judges can have their say on the matter, according to Thinq.