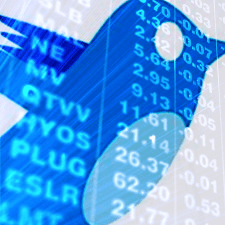 Investors following tweets about the stock market would have seen an average return rate of 15%, a study from the Technical University of Munich suggested.

Researcher Timm Sprenger said there was “a striking co-ordination” between what was being said on Twitter about shares, and other information from investors and analysts. The study formed the basis of the website TweetTrader.net, which is currently in the beta phase. ‘”I don’t think [Twitter] is the Holy Grail to make millions but it is a very credible and legitimate source,” said Sprenger

250,000 tweets over a six month period were examined. Investors will mark their tweets using the company’s stock market ‘ticker’ symbol. Last year, Sprenger used the same tweet analysis system predict the final results for each political party to within 2% of the votes they received.