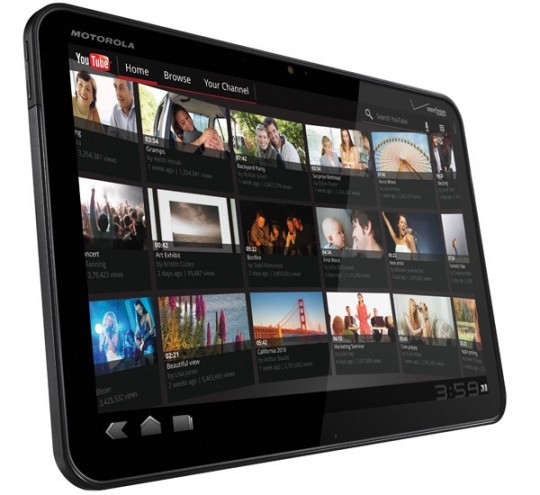 The Motorola Xoom has been bought just 100,000 times since going on sale five weeks ago, according to a US sales estimate from Deutsche Bank.

Though Motorola have yet to release official sales figures for their dual-core, Android Honeycomb tablet, Deutsche Bank have figured out a pretty straight-forward way to calculate the numbers of units shifted.

As the Xoom is the only tablet currently available with the Honeycomb OS onboard, they’ve used the number of users using that OS to calculate the figures. It should gve a relatively accurate look at how many Xoom’s are in homes.

100,000 is by no means a number to be sniffed at when it comes to shifting high-end gadgetry, but when you consider that Apple are rumoured to have shifted around in 500,000 iPad 2 units in the first weekend of sale alone, it make pretty grim reading for the first Honeycomb tablet. 2.5 million iPad 2s have been estimated to have been sold so far.

So what has held back sales? Well Honeycomb still stands as a fledgling OS, without the consumer confidence Apple enjoy with iOS. There’s also the minute number of Honeycomb apps currently available, and the relatively high selling price of the Xoom to contend with.