I have no interest whatsoever in the Royal Wedding. Fair play to the young regal lovers for tying the knot and bagging us all an extra couple of Bank Holiday days off, but the near-certain pomp and excess of Prince William and Kate Middleton’s nuptials rubs me up the wrong way.

However, I would be way more interested in the Royal Wedding were the House of Windsor blowing its sizable fortune on the world’s most extravagantly tech filled wedding EVER. That would be pretty awesome.

If Kate and William are looking for a geeky, techy J-Lo replacement as their wedding planner, I’m their man. To prove my credentials, read on to see how Tech Digest would organise the ultimate Geek Fantasy Tech Royal Wedding, were money no issue, cybernetic bodyguards watched our backs and supernatural eco-warriors with a penchant for plastic rings existed…

You’ve got the aging royals standing on the doorstep of Buckingham Palace, it’s pouring rain and Prince Philip is moaning that his tails are getting wet. Time is of the essence, if the millions watching the vows on YouTube are to get timely live coverage. A horse drawn carriage simply wont do. Enter the All-Terrain Armoured-Transport, AKA the AT-AT from Star Wars: Empire Strikes Back. There will be enough room for the whole of Eton in the boot, while the Queen could even quickly take a detour past John Lydon of the Sex Pistols’ house and blow it to smithereens with the head-mounted laser cannons.

Prince Charles climbs out of the AT-AT, pops his top hat over his ears (after several troubled attempts) and walks through the doors of Westminster Abbey. But not before checking-in to the place of worship using Foursqaure on his smartphone. Alas; no free coffee comes with today’s check-in, so he quickly nips around the corner to one of about 30 Starbucks on the adjacent street and does the same thing there.

The whole ceremony may be being beamed live around the world to billions, but there’s nothing like catching best man Prince Harry picking his nose with a cheekily zoomed home video camera. With Sky passing up the opportunity to cover the event in 3D, we’d love to see Prince Andrew rock up with a Panasonic HDC-SDT750 3D camcorder to film the day’s festivities, though keeping Charlie’s ears in frame might prove difficult.

If your pageboy isn’t loveable, then he aint worth the ice-cream you’re paying him in. If you want a reliable, iconic alternative with a motorised heart, R2-D2 is your droid. He’s got more features than a sci-fi Swiss Army Knife, and will have your diamond wedding ring popping out of his spring-loaded head before you can say “Let the Wookie win”. 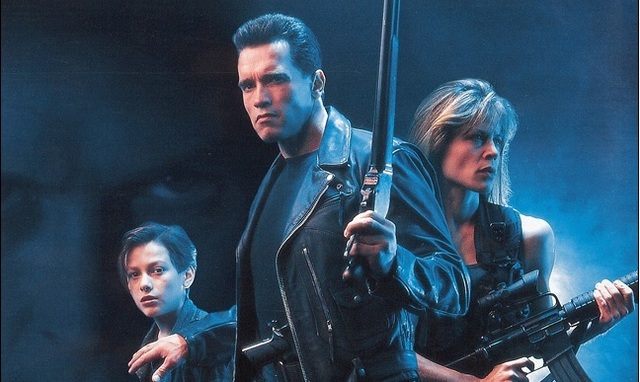 With high profile guests from around the world, the Royal Wedding is potentially a target for trouble makers of all descriptions. If you’ve got people who need protecting, there’s no better bodyguard than the T-800 model Terminator. I can see the touching scene at the end of the ceremony now as Her Royal Highness bawls into The Terminator’s bullet-ridden leather jacket. His words of comfort? “I know now why you cry, but it is something I can never do”. Beautiful.

A vicar. That is a robot. $68,000 will secure the I-Fairy robot priest to rattle off your vows with its Speak-And-Spell voice. Noticing a pattern here? Well we never said that the tech wedding would ever stretch beyond a love of automated human replacements, but considering the stock smiles and well-trained poise the majority of the royal family seems to posses, you have to wonder which guests are the ones dreaming of electric sheep…

Picture the scene; hundreds of TV vans are draining Westminster Abbey’s power supply to broadcast the event to the world, when disaster strikes. A power-cut occurs just before Kate hits the aisle. Think a University of Edinburgh graduate like Kate wouldn’t plan for something like this? Exactly; that’s why she’s wearing a wedding dress lined with 300 glowing LED lights from Enlightened. Touching and tacky at the same time.

I-Fairy’s done its part, the vows are exchanged, time to slip on those rings. But wait! What are those lights emanating from the newlyweds fingers! GASP! They aren’t wedding rings, they’re PLANETEER RINGS! Wills has Earth and Kate has Fire! Who’d have thought it? Up pops Captain Planet, cleaning up the ceremony’s carbon footprint in an instant while his theme tune blasts over the PA. He’s a hero, and he is going to take pollution down to zero, don’t you know. GO PLANET!

After The Vows: Changing Your Facebook Relationship Status with a HTC Salsa or ChaCha

You’ve mopped up the tears, the crowd is cheering, the royal fanfare is trumpeting out around the globe. The next step on the path to marital bliss for Wills and Kate? Changing their Facebook statuses to “Married”. A HTC Salsa or ChaCha, with their one-button-touch access to the social network, will have them broadcasting the change before they’ve even walked back down the aisle. Compared to the other ideas, this one almost seems sensible…