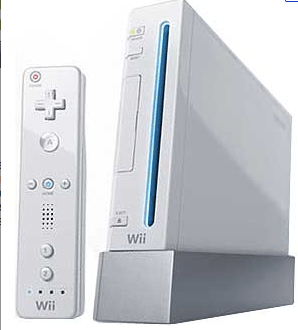 Nintendo’s latest console, the Nintendo 3DS, may be 3D capable, but it doesn’t look like any successor to the Wii motion-controlled machine will be following suit. Nintendo of America President Reggie Fils-Aime has said that it is unlikely to add 3D technology to its home console range any time soon.

“Glasses-free is a big deal,” Fils-Aime told CNN in reference to the 3DS’s autosteroscopic 3D screen.

“We’ve not said publicly what the next thing for us will be in the home console space, but based on what we’ve learned on 3D, likely, that won’t be it.”

The sentiment was shared by Nintendo’s Hideki Konno, who has acted as director on massive Nintendo titles including Mario Kart, Luigi’s Mansion and The Legend of Zelda: The Wind Waker.

“I think at Nintendo, we realize that any sort of goggle-type 3D technology was not going to work,” Konno said. “In order to make 3D technology viable with video games, we thought we needed to have glasses-free 3D.”

Though a range of handheld glasses-free 3D devices are coming to market in the coming months, including the LG Optimus 3D and HTC Evo 3D smartphones, their uniquely portable form-factor makes them easier to tailor 3D content for. The viewing angle can be tighter as only one person is expected to use the device at a time.

While advances have been made in autosteroscopic TV screens (the 3D format that it would appear Nintendo are holding out for) the technology is still in its infancy, and needs a few years more work before multiple family members can see the depth effects from all angles, let alone wave their arms and jump around to play games with one.

Click here to check out our review of the Nintendo 3DS, and which of the console’s launch games made our top 5.