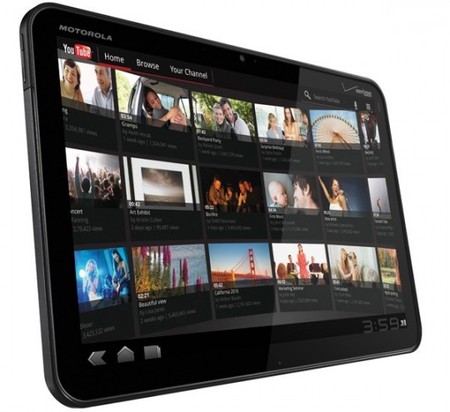 The tablet landscape is about to be shaken up by the new Motorola Xoom, the first in the world to feature Google’s Android 3.0 (Honeycomb) operating system.

Many devices on the market are powered by Android, but the Motorola Xoom will grab headlines for being the first to run Honeycomb, which has been tailor-made for tablets.

Honeycomb allows users to customise their Motorola Xoom’s home screen on its 10.1″ HD widescreen display and offers a sleek interface, with neater notifications and clever widgets.

Motorola Xoom will be among the most powerful tablets available, packing a dual core processor, with each core running at 1Ghz, to produce sharp images at incredible speed.

Graphics, videos and other rich content on the web are central to the joy tablets bring to their owners. Motorola Xoom users will be able to enjoy the best of the web using Adobe Flash Player, whereas Apple’s iPad appears unlikely to include the program any time soon.

With a battery life supporting up to 10 hours of video playback, the Motorola Xoom is ideal for watching HD movies on a long journey. It charges in half the time of comparable tablets on the market, so could appeal to people who use their tablet on the go.

Once you’ve exhausted your movie library, you can shoot your own films using the Motorola Xoom’s HD camcorder. The built-in 5MP camera eliminates the need for connector kits which other tablets require.

The Motorola Xoom was named Best in Show at this year’s CES and with such an impressive range of features, it is likely to be one of 2011’s biggest gadgets.