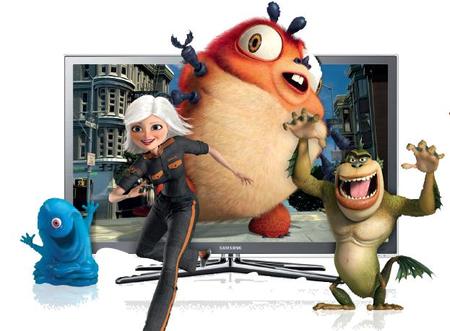 Christmas 2010 saw a boom in the sales of 3D TV bundles with a torrent of fantastic deals geared towards those buying for the holiday season. Luckily, this means that prices have stayed fairly competitive and you can still pick up a great deal on the latest models.

Finding the cheapest 3D TV can often be a bit of a trawl; some online price comparison sites are so keen to have you pay for the click that you often find that the deal isn’t quite as amazing as you first thought, and finding the right one can end up being as time consuming as physically travelling between shops and comparing the offers yourself.

The cheapest is also rarely the best and understanding the differences in the technology, whether it be a Samsung or a Panasonic 3D TV, can be tricky. The aim of this article is to give you the basics on what to look for to find the 3D TV.

The first thing to do is outline what specification would suit you best, starting with size. It can be easy to fall into the trap of wanting a 50-inch TV, but it’s hardly worth the extra cost if it’s going to dominate a tiny living room.

Take a tape measure to the area where you want your television to go and give it a quick assessment. Remember that the number of inches attributed to a screen is measured diagonally and not horizontally, otherwise you may believe that a smaller television is enough.

If you want the television to sit on a wall, make allowances in cost for wall mounting kits. Some offers will bundle one with it, but you may find that they are a rather costly add on, especially if you are planning on buying a really large screen. Alternatively, if you are planning on investing in a new stand, the same applies.

Once you have settled on what sort of size you’re looking for, you will want to make sure you are getting the most out of your new television. 3D TV sets come with a variety of different settings and add-ons and these can be the difference between getting a truly great deal and not.

Which type of display?

The first thing you may want to decide on is which screen type you desire. There are generally three different choices; you can either choose a liquid crystal display (LCD), a plasma screen or a light emitting diode (LED) television.

An LCD screen will last for a long time and generally omits a very clear picture, although these are generally a little more expensive than plasma screens. Plasmas do look sharp and will produce a high quality picture, but they may eventually need replacing and are susceptible to image burning when a still image is left on the television for an elongated period of time.

The latest invention in television screens is LED technology. An LED television is actually fitted with an LCD screen but use LEDs as a backlight, which improves colour reproduction and contrast ratios. You will find that most of the latest televisions are using this technology, but it will add a few extra pounds to the price.

For those looking for an all-round solution that will last, a standard LCD set should do, but if you want something with a little more clarity, then the LED may be what you need.

Resolution is often something that those buying a new television set may miss out on; the higher the resolution, the clearer the image will be displayed. Resolution is the total number of different specks of colour (pixels) shown by a television set and a few extra hundred can really make the difference in an image. This is less important if you are planning on using the television for just watching, but for those who plan on gaming or connecting a computer screen, this can be a high priority.

Another important thing to note is any extras that you may have built into the set. Some of the latest televisions can play digital media, such as MP3 files or movies, straight from a memory stick. Others even boast the ability to connect to the Internet, allowing you to check your email, Facebook or catch up with the latest in on-demand television using services such as the BBC iPlayer. These add-ons can be exceptionally useful and well worth a few extra quid in the long run.

Finally, the cost of extra 3D glasses has to be built into the overall cost of the product. You may find a television at a discount price but find that you only receive one pair bundled with the set. If you can find a deal with a few more pairs bundled then it might be worthwhile, otherwise check out the cost of an extra pair as the standard price is normally around £50.