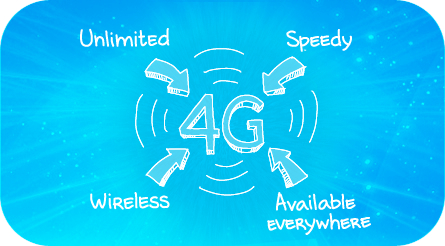 Fancy not paying a penny for your Internet connection? How about free voice calls on your mobile as well as much web surfing and email as you can handle all for nowt? It sounds like a pipe dream, but one network has this week committed to offering free web and mobile data/voice to consumers and believes that other networks will inevitably plump for the free model too.

‘In a few years Internet access as a paid service won’t exist any more’, argues Rodion Shishkov, the VP Services of 4G telecoms company Yota. ‘Rather than collect subscriptions from customers providers will make their money by charging third parties to use their networks to offer services to consumers like banking, music and video.’

Shishkov adds that his company Yota, which has 4G networks (the next generation wireless technology) in Russia and South America and is launching in several more countries in 2011, will pioneer the free web in the next couple of years. He also believes that both US and Western European networks will adopt a similar approach soon after.

‘We are seeking new partners to develop this business model,’ adds Shishkov. ‘We are about to launch Yota Bank and we can see that there are many other companies that could develop their business using our network. I think in particular that video communications could prove to be very successful.’

Shishkov believes that the catalyst for change will be the widespread introduction of 4G networks across the globe. 4G, which is available in two major versions; LTE (which is the format earmarked for the UK) and WiMAX (which is being used in the US and is also used in some cities in Russia by Yota), offers consumers data download speeds of up to 100 Mbit/s, significantly faster than 3G networks. Champions of the technology, which is available via in several countries including Sweden (TeliaSonera ), the US and Korea predict it will replace home broadband systems with consumers using 4G to access the web on tablet devices, laptops and phones both at home and on the move.

So could networks offer consumer web access for free via 4G? LTE 4G networks are cheaper to run as they make more efficient use of radio spectrum than 3G. It is also unlikely that telecoms companies will pay the inflated amounts they paid governments for 3G licences a decade ago. So cheaper/free options may prove more financially viable. The set up costs of creating the 4G network are also cheaper than 3G and it is likely that most 4G providers will focus on cities rather than offering blanket coverage across a country.

The theory then runs that companies like Yota will offer free web in emerging markets like Russia, Brazil, India, Africa etc and agree deals with banks, entertainment companies to offer services which previously haven’t been available in those countries. Then the free web will undergo a domino effect as bigger multi-national players like Vodafone or T-Mobile then offer a free service in the United States or Western Europe.

So are Yota’s predictions likely to come true? It would be a seismic shift for the industry to adopt a free model giving up billions of pounds of revenue along the way.

There has however already been a surge in 4G activity in the US this month. Last week Verizon Wireless rolled out its LTE 4G network to 38 cities in and in a sign of what might follow has undercut its 3G tariffs offering consumers 4G at $10 a month cheaper. Clearwire and T-Mobile already offer US customer 4G systems using the rival WiMAX system.

‘I anticipate a price battle, for sure,’ Tolaga Research analyst Phil Marshall told US website Computer World. ‘Price is what these guys are going to be focused on to try to drive demand to their networks.’

At the present time most 4G networks are accessed via dongles for laptops or portable mini hot spots, but both Samsung and LG will offer LTE 4G phones in 2011 with tablet PCs likely to follow. There are also rumours that the next generation of iPhone will be compatible with 4G networks. LTE 4G services aren’t likely to be available in the UK until at least 2014.