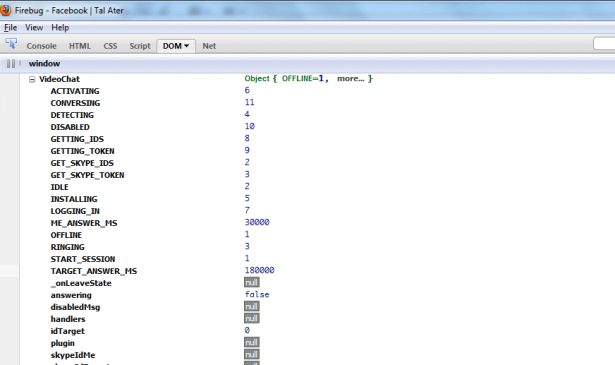 Earlier in the year Facebook and Skype joined forces to allow users of both services to communicate across both platforms. What began as just messaging and online notifications could be about to expand into full-blown video calling however, as code suggesting full Skype integration with Facebook is on the cards.

A developer tinkering with a blog’s Facebook app has uncovered a few lines that seem to show a new Facebook feature simply called VideoChat. The code seems to be associated with Skype and the Skype SDK, and includes plug-in support for ActiveX within Internet Explorer.

The code seems to be intermittently apearing according to the dev who first spotted it, suggesting that it is test code that is still being played around with.

All the evidence seems to point to one thing here; video chat is coming to your Facebook friends list. It makes perfect sense too, with Zuckerberg trying to tie all communications channels into his uber-network, such as the recently revealed Facebook Mail service.