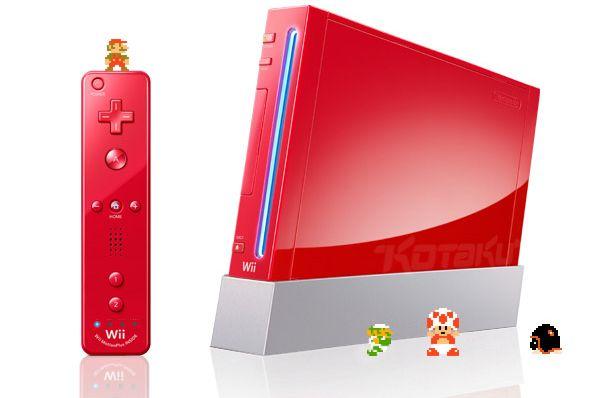 25 years of age is quite the landmark for anyone, but when you happen to be a pixelated plumber that paved the way for console gaming as we know it, that birthday takes on a little more resonance in the tech world. And don’t Nintendo know it. To mark Super Mario having reached a quarter of a century in age, they’re putting out a limited edition red Wii console.

Complete with a red Wii remote, the console will also come with a copy of the original NES Super Mario Bros game.

It’s not quite the same as hardcore Mario fans may remember it though, as each of the question-marked coin bricks will now say “25” on them instead, just in-case you’d forgotten how old our moustachioed hero is.

Set for a Japan-only release on November 11th, it’ll set you back ¥20,000 (around £150). eBay will probably your best bet to grab one of these anywhere else in the world.