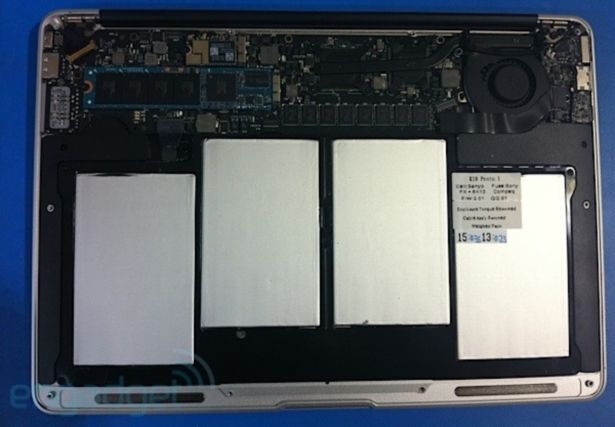 With the Apple launch circus once again rolling into town on October 20th, the Cupertino rumour mill has once again kicked into overdrive as the blogosphere tries to second guess what’s on Steve Jobs’s menu this Fall. While many are expecting a peek at Mac OS X 10.7 Lion, it now looks as though it will be flanked by two new MacBook Air models.

Apple Insider are suggesting that 11.6 and 13.3 inch models are on the way, touting new unibody designs just a touch thicker than a USB port, one-button trackpads and an array of ports that would bring it in line with the MacBook Pro.

That’ll be two USB ports, an SD card reader, mini DisplayPort, and a MagSafe adapter. While the above leaked image from Engadget shows the 13.3 inch model sporting the same 1.86GHz Core 2 Duo SL9400 chip seen in previous air models, we’d expect to see this get a boost once out of the prototype and into the retail stages.

One thought on “MacBook Air revamp planned for Apple event?”