Netbooks are like, SO last year. This year, computing is all about the tablet. After many unsuccessful attempts at capturing the public’s imagination with the form from the likes of Microsoft, Apple finally nailed it with their iPad. It’s now set to be a major tech trend, with everyone hoping to piggy-back off Steve Jobs’ latest success story.

But with so many slate-like devices set to hit stores over the next twelve months, Apple’s device will be far from your only option. While there’s a few basic features almost certain to be included in all tablet devices (a touchscreen and some from of web access for example), there are plenty of other things to consider before parting with your cash.

So we here at Tech Digest thought it wouldn’t be a bad idea to help you on your way to grabbing one with a brief series of tablet guides, hints and tips. This being Part One of the series of features, we’re going to take it from the top and look at…

A good place to start when thinking about buying a tablet PC is to consider what operating system you’d like to use. Apple’s iOS has already proved itself to be a very capable platform when navigating touchscreen devices, so much so that there are countless “my kid/nan/goldfish can work my iPad” videos on YouTube . Though an update has been promised since launch, we’re still yet to see the day when the iPad can multi-task however, which makes it a pretty crummy device when it comes to getting any real work done.

That said, it features a reasonably large software keypad, which if paired with decent work-orientated apps, could be used in relative comfort for extended periods of time. Paired with all the multi-touch controls that iPhone users have grown to love (pinch-to-zoom, kinetic scrolling etc), the potential is there for iOS on the iPad to be just as competent for work as it is for media consumption.

It does of course also have Apple’s mighty App Store propping it up too. There’s somewhere in the region of 230,000 apps available now on the iOS platform, and while many are silly games or frivolous distractions of very little worth, there are also literally thousands of really useful ones too, many of which are free. We’ll go into greater depth on apps later in the series, but it’s worth noting that there are already well over 5,000 apps designed with the iPad solely in mind, not to mention the universal ones that will work on any mobile Apple device.

While you’ve always got the iTunes store with which to purchase the odd film or MP3, perhaps the biggest bug-bear in relation to Apple’s operating system is how it locks out Flash content. That means the majority web video and many games and animations will not be viewable within the Safari browser. Apple say it’s to keep battery life lengthy, not to mention their claims that Flash has a tendency to be buggy, and while these are valid points, in reality it’s more to do with an ongoing spat between Steve Jobs and Flash developers Adobe.

Google’s open-source Android OS is similarly touch-friendly, and has been doing the rounds in a number of top-notch phones for the last few years. Its open-source nature means that any manufacturer can pop it into their devices, and each manufacturer can tailor the software to the form of their tablet. On the whole it tends to be far more customisable for the end user than iOS.

Web apps are set to be a key feature in Google’s Chrome desktop OS, and that trend is set to continue within Android-touting tablets. You’ll likely already be familiar with the likes of Gmail and Google Reader, and maybe even Google’s web based enterprise tools such as Docs. This web-centric approach to apps means that syncing your work and contacts across multiple devices is a breeze with Android tablets, and while it’s quite possible to do the same within iOS, it’s set to be a more integral feature of Android devices if Google get their way. You’ll be able to tap an email draft out whilst on the tube, shut your tablet down, and then fine-tune it when you get to your desktop PC at home quite easily.

Android of course also has its own app store too in the shape of the Android Market. It’s growing at a staggering rate since opening in October 2008, and now features over 100,000 apps. Unlike iOS, Android apps are not tied to the store and can be downloaded from any web host. 57% of Android apps are free to download. However, there are already multiple release versions of Android doing the rounds, which is not only confusing, but annoyingly means that not all Android apps work on all versions of the OS.

Android also offers full Flash support in its web browsers and apps. If version 2.2 of the OS, AKA Froyo, it’ll also play nicely with Flash 10.1. The forthcoming Gingerbread 3.0 release of Android also promises to include 3D gaming, a music store and support for resolutions up to 1366×768, further backing its position as iOS’s main competitor in tablets. 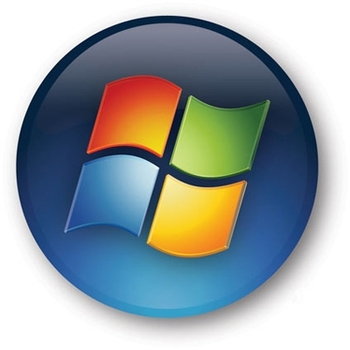 Microsoft are also hoping to get in on the tablet action, squeezing Windows 7 into numerous devices. The concern here however is how well suited that particular operating system will be for touchscreen based tablets. Windows 7 in tablets is tweaked and tailored to fit devices that don’t have physical keyboards and mice attached, but HP (who have been working on the Windows-touting Slate 500) have already cast doubt over the OS’s ability to perform in a tablet form.

What Windows does have working in its favour however is just how familiar it is to everyone. Potentially, you’ll be able to squeeze every bell-and-whistle of the desktop version of Windows into tablets sporting the OS. Likewise, if the hardware is up to scratch, in theory you’ll be able to run pretty much any piece of Windows software on the tablets. In theory of course…

Though the above three operating systems are the most likely to dominate the tablet market, keep in mind also that RIM are thought to be working on a tablet device using their own BlackBerry OS, not to mention HP’s acquisition of Palm making it very likely that they’ll throw out a WebOS tablet too. Meanwhile, Nokia are all-but-confirmet to be working on a MeeGo based slate device, while there are already notable tablets sporting the open-source Linux platform, such as the JooJoo.

That’s all for now then for the Tech Digest Tablet PCs Buyers Guide. Next time we’ll be looking at tablet hardware, from touchscreens to webcams, chipsets and more.

Related Stories | Top 20 Tablet PCs: The Apple iPad and its many, many rivals