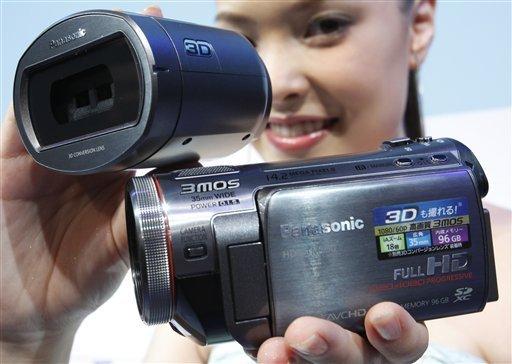 Panasonic have today lifted the covers off of their HTC-SD750 camcorder. It’s the world’s first 3D camcorder aimed at consumers rather than Hollywood, and should be considerably more affordable as a result.

The HTC-SD750 makes use of a 3D conversion lens to capture both left and right eye images simultaneously. If the 3D effect isn’t harnesser, you simply remove the lens and are left with a 2D camera. A 3MOS sensor captures footage in Full HD 1080/50p into AVCHD format. Making use of SD cards for storage, plug the card into the side of a Panasonic 3D TV and you’ll be able to play back the 3D footage instantly.

The camcorder also features a 12x optical zoom range, and though it might be a bit too bulky to use it comfortably as a stills camera for very long, it is also capable of shooting 14.2 megapixel photos, with face tracking and automatic exposure settings.

Due out in Autumn, Panasonic have yet to announce a price for the HTC-SD750.