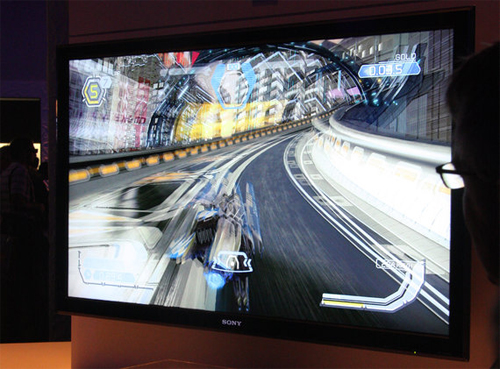 3D Playstation 3 games will not be displayed at full HD, 1080p resolution, it has been revealed at a the Develop conference by Sony this week. Instead, two 720p 3D images will be produced for each eye, allowing a smooth 60 frames per second to be achieved. Even games like Super Stardust HD, which runs natively at 1080p, will have it’s image downscaled to 720p when played in 3D.

Cause for concern? Not really; from my experience 3D effects can tend to distract from whether an image is pin-sharp or not anyway, especially if you’re in the middle of a fast paced racer or shooting game. Sony’s Simon Benson revealed that even trained graphics artists could barely tell the difference between both resolutions in 3D. So few games run natively at 1080p anyway that it might be a bit of a moot point in many cases to begin with.