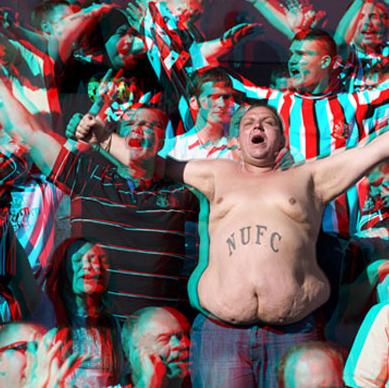 UK viewers may not be able to get World Cup games in 3D broadcasted live, but it’s been revealed today that you’ll be able to look forward to all the best coverage from the tournament on 3D Blu-ray later this year.

Speaking at the launch of their new 3D Bravia TV range, Sony’s Jordan Peters confirmed that the World Cup 3D Blu-ray would be among a whole host of new 3D content masterminded by Sony.

The first 3D Blu-ray to hit stores will be kids flick Cloudy With a Chance of Meatballs, available to buy from Monday. It will also come with a sneak peak at both Open Season and Monster House, which will follow shorty on 3D Blu-ray.

Perhaps most interesting of all though are the plans from Sony Music. They’re planning a series of simulated 3D classic concerts, converting the most memorable shows from the likes of Jimi Hendrix into 3D for Blu-ray.

It’s all being boosted by a massive wave of new 3D films set to hit cinemas in the next year. Resident Evil Afterlife will hit in September, followed superhero flicks The Green Hornet and the Spiderman re-boot in 2012, as well as Men in Black III and Aardman’s festive Arthur Christmas.