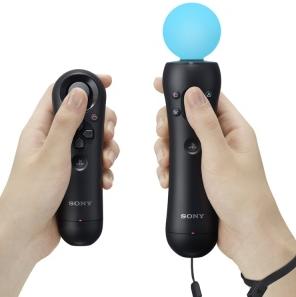 While motion control is again the buzz term in the games industry thanks to the incoming Xbox 360 Project Natal and PS3 Move peripherals, there are many gamers who still feel more at home with a traditional controller in their hands. PlayStation executive Jack Tretton has stressed that while Sony believe their Move unit is the most advanced motion based games controller yet seen, they wont be leaving the DualShock out to pasture.

Speaking to G4 at the Games Developer Conference, Tretton said; “We have a 15-year heritage in this business which, in some industries, is a short time, but in the game industry, it is a lifetime,”

“PlayStation has come to stand for accuracy, cutting edge technology, and we certainly give Nintendo all the credit in the world for what they have accomplished with motion gaming, but we really feel we ushered that in with the original EyeToy.”

Trenton was keen to stress that the new Sony motion-based kit would not replace more traditional controlling methods. “The key though for the consumer is choice”, he continued. “We don’t want to force motion gaming down their throat, so for the shooter fan, it’s gonna be ‘well, I like motion gaming but I prefer my DualShock’, so that’s going to be there for them.

“The thing about this motion gaming is that it’s an add-on, and enhancement, and an extension of what already exists, not a replacement.”

One thought on “Sony: Playstation Move "an extension of what already exists, not a replacement."”