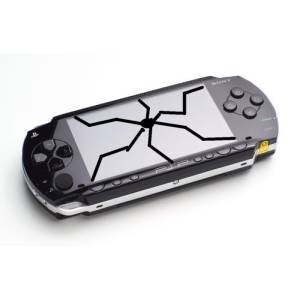 You know your console is in trouble when even top-tier publishers are slagging off your machine. We’d imagine Sony are licking their wounds after Codemasters VP Gavin Cheshire launched a scathing attack on Sony’s PSP console in the latest issue of Edge Magazine.

“Well, speaking as a person who bought a PSP, the problem was that I always thought – because it was a better screen than iPod’s – that I’d be doing more with it” he told Edge. “But it was such a bollocking useless waste of space; just getting stuff on it was ridiculous”.

“That was its downfall. Relatively speaking, [Codemasters] didn’t do too badly on F1 PSP. But regarding the future, I think they’ve got – well… no”.

Cheshire went on to outline the problems with Sony’s latest offering, the PSP Go, which has suffered from very lacklustre sales.

“PSPgo’s a lovely device,” he adds, “really smart – but our senior VP bought one the day it came out and has a great story, because he ended up on some customer support line just trying to do basic stuff. He had to re-download his software, do an immediate firmware update, and that’s your user experience.”

“Sony just hasn’t got it right. Stuff like that will make people leave it alone.”

While all eyes may be on Nintendo at this year’s E3 in terms of handheld consoles, with many expecting the DS2 to be unveiled, it’s Sony who really need a shot in the arm concerning the portable market.