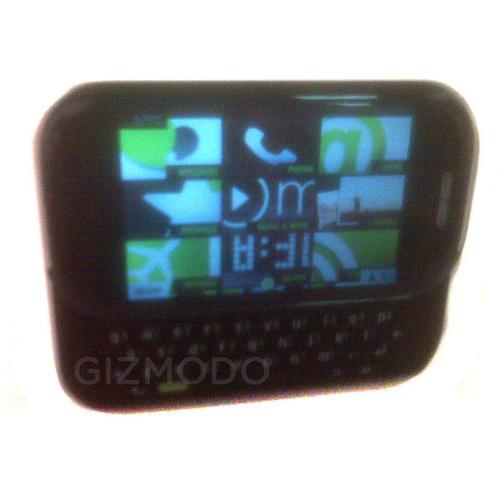 It’s a rumour as old as the Ark itself, but new images floating around the blogosphere seem to show a new Microsoft Project Pink Zune phone, looking very much like the real deal.

Some of you may remember a few renders popping up in September of a Project Pink Zune phone, code named “Pure”. The new images now up on Gizmodo seem to show this same QWERTY phone in a physical build rather than just design stage mock-ups.

According to the leak, this Project Pink Zune phone will be manufactured by Sharp, but be Microsoft branded, much like the HTC built Google Nexus One Android phone.

The interface in the screens acquired by Gizmodo do not seem to show any Windows Phone 7 Series features, so it can be assumed that this new Zune phone range, if officially released, will be a separate product line, much like the social-media focussed Sidekick phones developed by Danger who are now also owned by Microsoft.