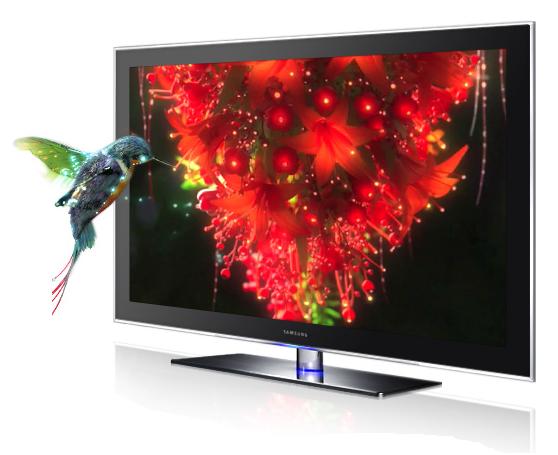 Samsung’s UE40B8000 is so slim that you half expect it to have just strut off of a catwalk in Milan and into your living room. Despite being only 29.9 mm thick, it manages to house all of its electronics, including a TV tuner, 200Hz Motion Plus processor and all its 4 HDMI and breakout composite/component connections, inside the panel itself, without the need for a separate media box. It’s a beautiful set with black bezel edging, finished off with a svelte strip of clear plastic that gently glows thanks to a blue LED indicator light. While the TV is perfect for wall mounting due to its size and relatively low weight, its see-through stand was a real chore to attach, and was never satisfyingly stable. 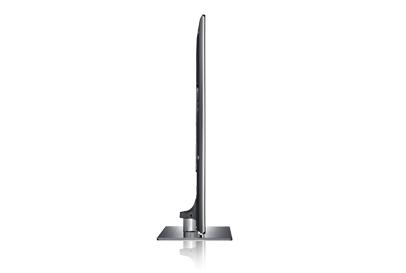 Picture quality is really superb on the UE40B8000. High definition sources were uniformly excellent. 1080p playback of the “Moon” Blu-ray over HDMI through a PS3 delivered black levels as deep as you’d hope to get from the far-flung reaches of outer space, while subtlety in colour ranges and superb skin tones shone through. The LED backlighting also meant that there was excellent clarity in the image, though you may want to disable auto-dimming if you’re quickly flicking through many different sources.

The 200Hz Motion Plus technology is an obvious draw here, and we flicked over to a Sky Sports HD Premiership broadcast to put it through its paces. Is it really any better than 100Hz processing? Yes it is, but not massively so. Players darting around the field were noticeably sharper, as was the text from scrolling electronic billboards. However, there was still some shimmering and an element of unnatural movement in fast paced scenes, especially when the motion processing was cranked up to the max. Also, while there is a Game Mode available here, response times for consoles could have performed a little better. 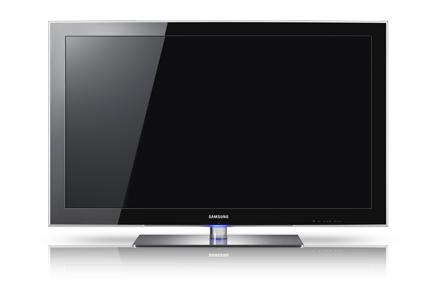 Standard definition content proved excellently processed. A screen this size that lacks attention to standard definition signals can really show off the limitations of SD, but the UE40B8000 smoothed out everything well without producing any unsightly noise. Colours too were rich and vibrant, though the benefits of the motion processing tech was less apparent here. All in, the UE40B8000 offers some of the best picture quality money can currently buy, at least in the UK anyway.

The only real let down here are the incredibly weak speakers. Housing everything inside a set this thin had to have its downside somewhere, and speaker performance lacks both clarity and low-end resonance. They’ll serve you well enough for a quiet night in with Eastenders, but if you can splash the cash on the screen in the first place, then you should probably invest in some decent audio gear to support it. 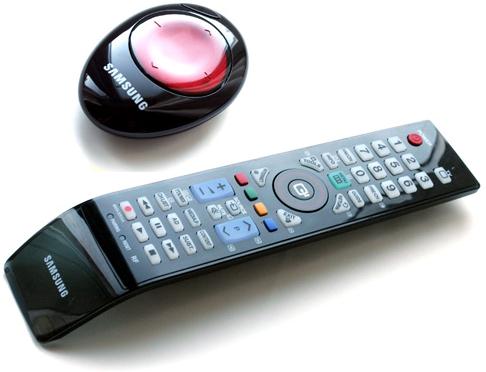 Menus and the EPG are clear and nicely presented, giving a quick low-down of what each function does, though some may have some trouble navigating the various options on offer. There are two reasons for this. Firstly, there is quite a lot of depth in terms of image options here, which isn’t necessarily a bad thing at all, but can at times make it a little confusing when browsing for something specific. Secondly, the backlit remote control, which again overall is fine, features a quirky iPod-style scrolling wheel. It’s overly sensitive, which can make precise menu browsing or image tweaking a little difficult. There’s also a second, pebble-shaped controller thrown in. It’s pretty, but by only packing a few core buttons in means it’s a little pointless. The UE40B8000 also has some pretty comprehensive web widgets and DLNA network streaming features, which are simple to set up once the provided USB Wi-Fi dongle is plugged in. There’s also an Ethernet port if a Wi-Fi connection isn’t convenient.

If we we’re judging this TV on image quality alone the Samsung UE40B8000 would get top marks without question. It’s a shame then that the thin frame has caused a real compromise in sound quality, which at around £1,500 really should have been addressed. Still, if you’re looking for some of the smoothest, sharpest, most stunningly vivid colours your hard-earned cash can afford, then the UE40B8000 should be top of your shopping list.