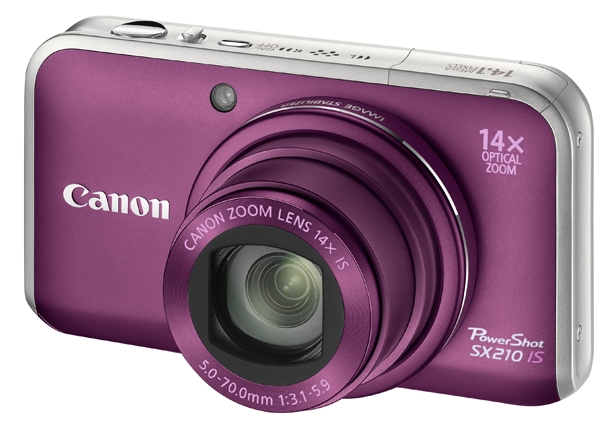 It’s been quite the day for Canon announcements; first the three new IXUS models, then the EOS 550D DSLR and now this, the PowerShot SX210 IS.

The 3 inch display from the SX200 model has been given the once over too, now far easier on the eye thanks to higher contrast and better viewing angles. There’s also the DIGIC4 image processing, optical image stabilization and 28mm wide-angle lens inside too, which we first saw all on the SX200.

Smart settings can be set automatically to pick a suitable shutter speed, while up to 35 faces can be tracked and focussed by the facial recognition system.

SD, SDHC and SDXC memory cards will all be compatible. There’s also a HDMI port on the camera, and there’s 2GB of cloud storage included for web archiving.