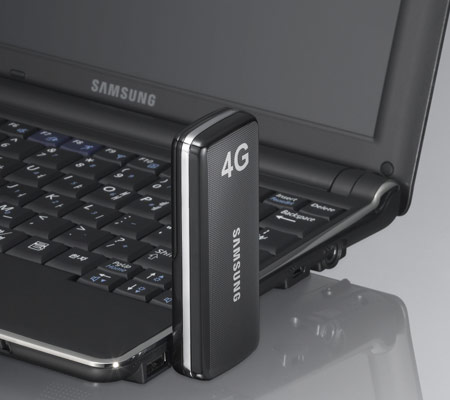 Samsung has unveiled what they claim is the world’s first set of LTE netbooks.

LTE technology is the latest step towards super-fast mobile broadband, and is being dubbed as 4G connectivity.

The Kalmia LTE modem chipset will, according to Samsung “deliver high speed, low latency and ubiquitous connectivity to all users who require high-volume data access whenever they want and wherever they are.”

Rather than putting them into brand new netbooks straight away, Samsung are instead testing the water with the chips inside the previously launched N150, NB30 and N220 models.

Samsung have also launched an LTE dongle called the GT-B3710.