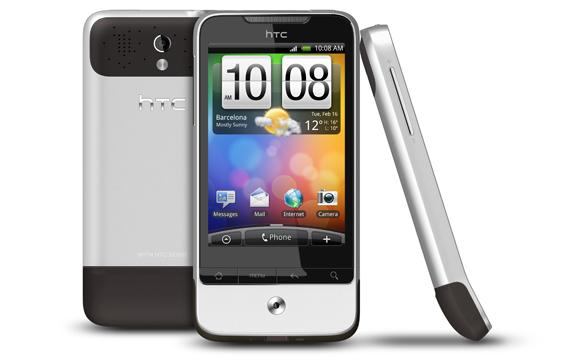 HTC’s Legend handset has gotten its official reveal at MWC 2010. It’s a beauty, but while Brits only have to wait till April to get their mitts on one, there is no release date set for US buyers.

The Legend is made from a single piece of aluminium, with the Bluetooth, Wi-Fi and 3G antennas hidden behind a strip of black plastic. It’s a refinement over the HTC Hero design, with a weaker “chin” and a MacBook-like build.

The screen is a super-clear AMOLED affair, and there is also a 5 megapixel camera with flash on the underside.

A decent trackball sits aside four hardware buttons, while the Sense UI has been given quite the once-over. Running the latest Android Eclair 2.1, multi-touch is now on-board. This allows the homescreen to be pinched to reveal a sort of overhead view of each of the Android’s six other homescreens. It’s more intuitive than the Nexus One’s user interface, and is a welcome addition.

The FriendStream widget and app is HTC’s attempt at social network aggregation, and it’s looking pretty robust. Streams from Flickr, Facebook and Twitter can all be pulled together in one place, and again, it’s a welcome, intuitive feature.

It’s unusual for no US release date to be set yet for the handset, but it’s welcome news to hear that the UK seems to be getting at least a short window of exclusivity for a change.