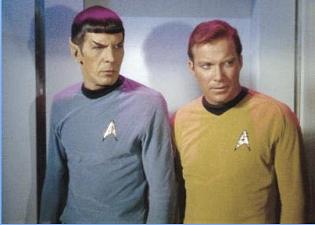 See Mr Spock and Captain Kirk as they were meant to be seen warts and all as the digitally remastered version of the original Star Trek comes to Freesat. Three new CBS channels are due to launch on Freesat, November 16 – CBS Drama, CBS Reality and CBS Action – replacing Zone Romantica, Zone Reality and Zone Thriller.

Other classic shows on the three channels include Dynasty, Moonlighting and Models Inc. Freesat, the subscription-free satellite TV service offers over 140 channels and free high-definition (HD) programmes from the BBC and ITV. CBS Drama, CBS Reality and CBS Action will be on channels 135, 136 and 137 respectively.