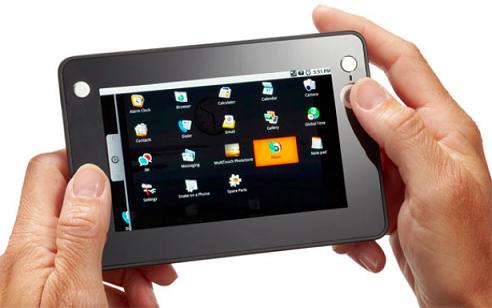 OEM Moto have revealed a few snippets of information on their latest media tablet, the Moto AMP.

The tablet will be running a version of Android (hence the acronym of Android Media Platform), and come in 3.5, 5 and 10 inch models.

The 5 inch model was displayed, offering an OLED capacitive touchsceen with multi-touch functionality capable of playing 720p video. The Moto AMP will feature an 8-megapixel camera, Wi-Fi and 3G connectivity and room for SD card expansion.