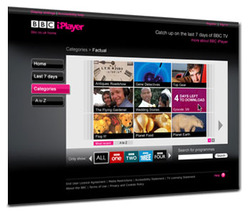 The BBC’s iPlayer has bagged the Judge’s Award at the Royal Television Society Innovation Awards 2009.

After launching on Christmas day 2007, iPlayer has become hugely popular, with the player now available on numerous devices.

Jeff Henry, Chair of the Royal Television Innovation Awards commented that the iPlayer’s impact was “both immediate and profound. After a number of trials and delays and even criticism that no finished product had been released after 4 years, it finally had arrived. But wow, was it worth waiting for!!”

Sky News also walked away a winner, taking home the On The Move Award for its iPhone application.