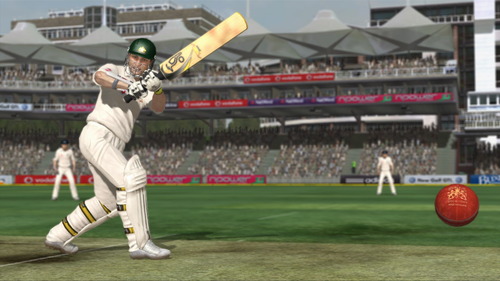 The Ashes are well underway, and after James Anderson and Monty Panesar’s ninth wicket heroics in Cardiff who wouldn’t want to swing-the-willow, smash a late cut for four, or dart one in off the seam?

Well, soon you will! Ashes Cricket 2009 will be released across the console platforms on August 7th.

You’ll be able to play Test matches, One Day Internationals and 20/20 games on the five official Ashes grounds.

And, gloriously, the Wii edition with have you flailing cover drives and hooks in your bedroom.

Brian Lara cricket was a decent cricket game. Decent. World Cup Cricket on the SNES has still to be bettered – hopefully Ashes 2009 will be the one to do it.