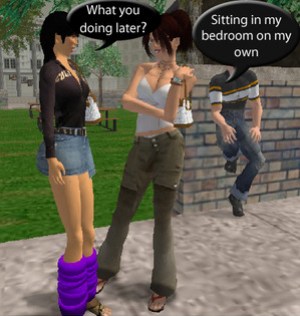 15 billions minutes of voice have been delivered in Second Life. That’s equal to 28,539 years. If we put those minutes end-on-end and launched them back into the mists of time, they’d reach the Pleistocene era – then they’d probably get eaten by a giant sloth, or Madonna – zing!

The success of VoIP in Second Life is marked by the fact 50% of Second Lifers, including educators, consumers and large enterprises use voice in their everyday in-world activity.