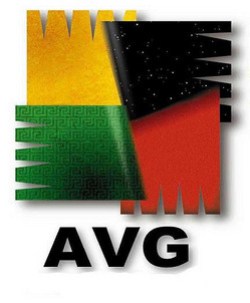 If we fight the same foe, then you’ll be pleased to hear that AVG has released the 8.5 version of its security software today as of 1pm. This latest incarnation comes in a three tiered paid version and, of course, a basic one for free.

The free version now comes with a couple of features that were only found in the advanced packages until recently. One is Safe Search, which applies a traffic light system of web page safety to search results in Google or Yahoo!, or what have you, and other is Safe Surf which is an up to the minute system that scans the contents of a web site in real-time to ensure it’s safe.

Quite how much this slows your surfing experience is another thing but, with the majority of malware attacks coming through websites these days, you can understand why they’ve done what they’ve done here. Besides, it’s something that even Firefox incorporates into its browser these days.

Personally, I’m sure this kind of level of security is by far and away enough and even AVG themselves say that the majority of their 80 million users agree, however, if you’re a small business, paranoid or just fancy taking things a little further, you can pay up to £39.99 for the first year per user and patch yourself up to the gills with the AVG Internet Security Suite.

For the extra outlay, you get the benefit of AVG’s behavioural detection technology which is essentially a smarter system to back up the database of known malware that most anti-virus systems will use.

It examines the behaviour of executable files rather than just their identity, so that if it starts trying to do the same activities as known malware on your machine, then it’ll be recognised as a virus, even if it’s not, as yet, in the database.

The point is that the current rate of new malware production is going to put a serious strain on older database systems in the next five years plus and this is one of the methods they’re going to have to get sharp on if internet security is to keep up.

The other feature of interest is Identity Protection which is an emergency measure to shut down, isolate and hopefully delete any code should it start to unfold on your machine.

Personally, I get the feeling you’re screwed by that stage anyway, what with modern day root kits, but I’m also well aware of having malware alerts constantly from bits of code stuck on old machines of mine and if Identity Protection can work then so much the better. It comes free with the premium package or can be added to any AVG choice for £19.99.

So, the question is, does this make you want to buy it, download it for free or just use something else? What’s your security of choice and why? Let me know.

For a right riveting read on malware take a look at this feature what I wrote a few months back when an ex-hacker revealed his dark secrets.