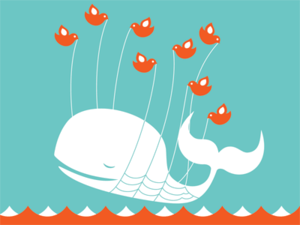 Well, perhaps that standfirst is a little over-dramatic but, just as the original incarnations of Napster and YouTube were utterly ruined, the same might be about to happen to Twitter. The internet police are coming.

So, MPs, CEOs and other such people with large, capped up letters are calling for Twitter to do some self-regulating, like asking people how old they are when they sign up would be a start.

The other thing is that I hate it when you can see the end of something good. It always happens but that’s the nature of life. Nothing lasts forever. The guys behind Twitter want to make some money out of the thing eventually and that’ll mean all sorts of changes I don’t like ultimately anyway, I suppose. I’ve just got to get used to it really.

So, what do you guys reckon? Beginning of the end? Sensible move? Comment me till I fart.