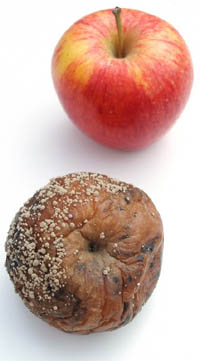 Hands up all you Mac owners who don’t run any antivirus software on your computer?

The message that’s been drip-fed to Mac users, and is now self-perpetuating, is that Windows PCs get viruses while Mac users don’t.

Leaving aside the self-righteousness issue, it’s fair to say that there are currently a lot less viruses for the Mac, partly because it hasn’t been such a big target (Windows variants take around 90% of the operating system market) and also because it is built on a more solid, but not invincible, framework.

The irony is that, where one of Apple’s “Mac versus PC” adverts slates the PC for being riddled with viruses while the Mac has none, the company’s official technical line is that Mac users should be protecting themselves with multiple pieces of antivirus software.

“Apple encourages the widespread use of multiple antivirus utilities so that virus programmers have more than one application to circumvent, thus making the whole virus writing process more difficult” says an updated technical note on Apple’s site.

I’ve owned Macs both with and without AV software, and as far as I know have never had a virus. The only thing my AV software did was to identify a PC virus in a file I’d received – useful in itself so that I didn’t inadvertently pass it on to PC-owning friends.

Having said that, I also run a Windows PC with antivirus software and have never been alerted about an infection. I guess it partly depends on how careful you are – I try my best.

The bottom line is that no operating system is 100% secure, and users need to be vigilant. Running more than one piece of antivirus software may be overkill for any user (PC or Mac), where many don’t run any at all.

One thought on “Shock! Macs can get viruses too. Apple advises antivirus”