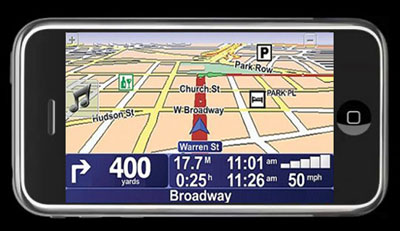 Well, with the dust hardly settled on the new iPhone announcement, third parties are already jumping in with applications – including TomTom.

The Dutch navigation device maker already has a version of its navigation software running on Apple’s iPhone and has plans to sell it to consumers, should you not be happy with Google Maps.

“Our navigation system runs on the iPhone already,” the TomTom spokesman said – although he didn’t say when TomTom would start selling it. One to watch no doubt.