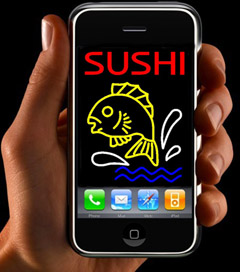 “SOFTBANK MOBILE Corp. today announced it has signed an agreement with Apple to bring the iPhone to Japan later this year.”

Previously, Orange held the record for the shortest press release, and only lost out to Softbank because it’s launching the iPhone in ten countries.

The two companies obviously believe the iPhone will do well in Japan, despite it being a land of super-advanced mobile devices the West can only dream of. It’s highly likely that Japanese consumers would be even less forgiving of a non-3G handset than us Europeans, which adds more weight to the expectation of a iPhone 3G.